Dimitra Tzimogianni is an Appelate Attorney and member of the Bar Association of Thessaloniki since 1996, practicing mainly civil and commercial law.

From 1996 to 2002 she worked as associate Lawyer in Pireaus Bank, dealing with issues of court orders and judicial recovery of the Bank’s claims. During the period from October 1997 to February 1998 she taught “Forestry Legislation” (1997-1998) at the 3rd Public Institution of Professional Training, in Thermi Thessaloniki.

In 1994 she attained the Bachelor of Laws at Democritus University of Thrace, Faculty of Law. She speaks fluently English, French and Italian. She is a member of the Association of Graduates of the American College ANATOLIA since 1989, she provides volunteer work to weak groups of population since 1996 and she is a founding Member of the Young Lawyers΄ Cultural Association «Alexander the Great» in Thessaloniki.

She was candidate with the party “ANOIKTOI ORIZONTES” at the elections of the Bar Association of Thessaloniki in 2011 and 2014. She is an associate of PANAGOPOULOU-BEKA and Partners Law Firm. 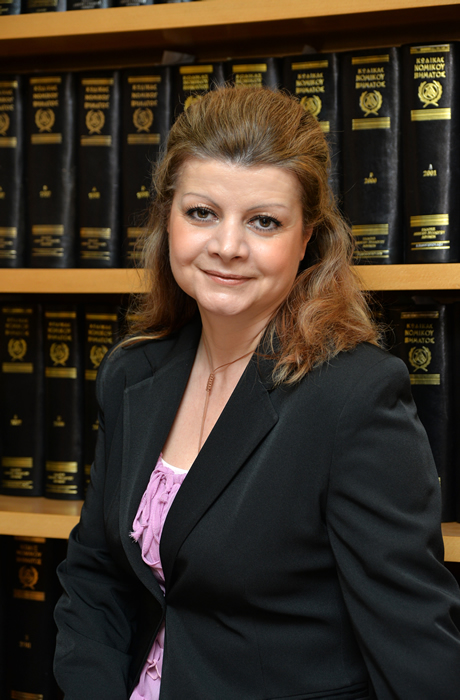